The Legend Of Knelson Concentrators 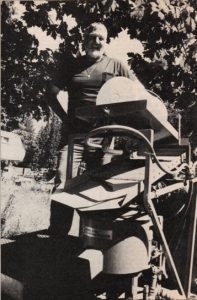 Byron Knelson grew up in Bladworth, Saskatchewan, where he gained experience in both mechanical maintenance and excavation in the family business, and in the mid 1970’s he found himself on a placer gold mining operation in Yukon – having set out for greener pastures. After spending just five days on the plant, watching fine gold particles routinely run off the end of the sluice boxes, Byron had a brainwave to build a machine that could do a similar job, but better and more efficiently. So he set to it. By using a centrifugal concentrator, with a fluidised feed to stop packing, Byron was able to achieve higher gold recovery levels with less effort and waste, and in 1976 he tested the first Knelson Concentrator prototype. The results spoke for themselves, and with some mechanical fine-tuning the first ever Knelson Concentrator came to fruition.

This machine not only outperformed all predecessors in recovering precious metals, but set the standard forever after for concentration of gravity recoverable gold (GRG). The patented water injection process combined with centrifugal force allowed Knelson Concentrators to recover gold that was previously considered too fine for gravity devices. The concentration cone in Byron’s first ever Knelson Concentrator spun at 60 G force, and since then extensive research has proven that for 90% of gravity gold applications, 60 G’s is near optimum. Byron had struck gold!

In addition to being a creative thinker and pioneer, Byron Knelson was the most likeable man you could hope meet, and an exceptional businessman. With his unparalleled character and ground-breaking design, it did not take long for Knelson Concentrators to become a household name in mining industries and companies worldwide.

In the words of the great man himself: “The key to our success is remarkably simple. If you give the customer more than he expects, business takes care of itself.” 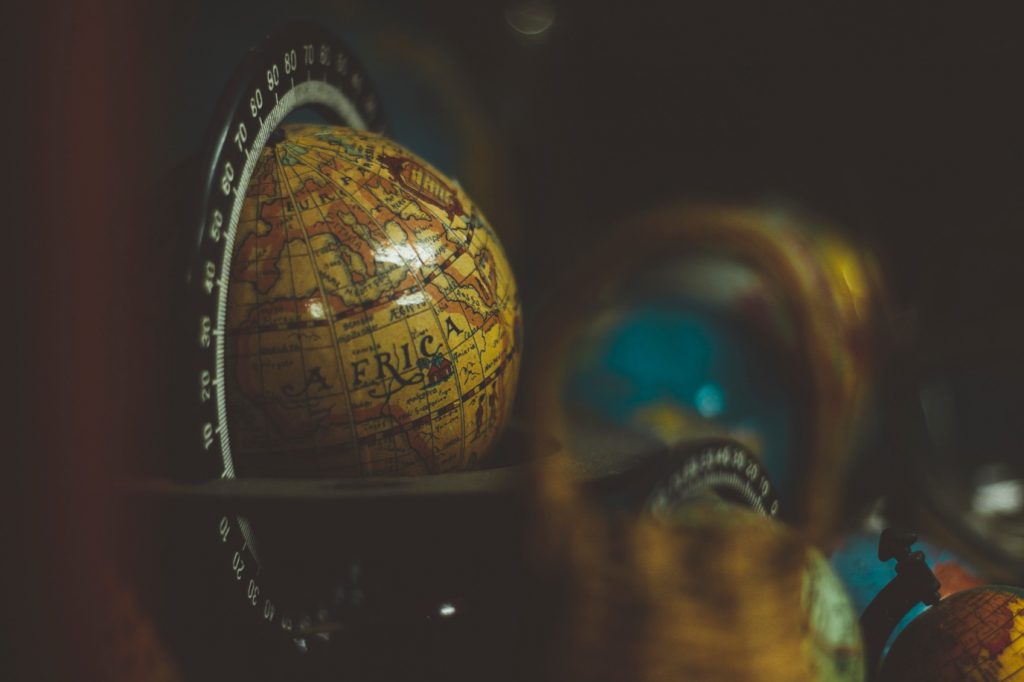 Then in 1988 Peacocke & Simpson, a partner affiliate of GCA, became the first African representatives of Knelson Concentrators. This came about after Kevin Peacocke met Byron at a conference in Quebec, having been sent there by the Chamber of Mines in order to be exposed to new mining technologies. The two met under strange circumstances – racing remote control cars at an ice-breaker event – and became fast friends, with Byron even asking Kevin to help him with a sale the following day. Kevin spent a lot of time carrying buckets to and from the Knelson, whilst Byron did what he did best, but Kevin was so impressed with the Knelson Concentrator (which Byron obviously sold on the spot) that he asked if Peacocke & Simpson could represent Knelson in Zimbabwe.

THE RISE OF KNELSON CONCENTRATORS

Along the way several companies had cottoned on to Byron’s master idea and had started manufacturing similar devices, and when GCA began operating there were many contenders to the throne. However, the superior build quality, better performance and higher availability of Knelson Concentrators kept them at the top of the field, and continues to do so to this day. (See our previous article about why Knelson Concentrators are the best gravity concentrators ). One of Byron’s favourite sayings was “Unless you’re the lead dog the view never changes”, and he and his team made sure that their innovation and R&D spending kept them out front.

The revolutionary design and success of the early Knelson Concentrators made them the industry standard for almost all gold plants, both brown and green-field. In addition to this, academics who realised the potential of the technology were attracted to the field, chief amongst them being the late Professor Andre Laplante of McGill University Montreal. Professor Laplante dedicated his career to the R&D of gravity recovery, and became close friends with Byron. Known around the world as “Mr. Gravity”, he developed gravity recoverable gold (GRG) and extended GRG (EGRG) tests that fast became the recognised standard procedures for gravity gold recovery. Knelson Concentrators adopted and used these procedures to develop their KC-MOD*Pro circuit simulator, which allows accurate modelling of plant recovery on the basis of lab test results.

GRG, EGRG and modelling now allow fully informed decisions about gravity processing to be made long before the casting of first concrete on a new plant. The Knelson database has hundreds of GRG and EGRG results in its archives, and Knelson’s advanced modelling techniques allow prediction of the recovery of a plant or mine, often to within one or two percentage points.

After Professor Laplante’s untimely passing, the title of “Mr Gravity” passed to Mike Fullam of FLSmidth (formerly Knelson). Mike has analysed more GRG, EGRG and KC-MOD*Pro data, and conducted more on-site plant audits than anyone else in the world, Andre Laplante included. No one on earth knows more about gravity than Mike, and to this day he is a loyal and hugely beneficial asset to Knelson.

Byron’s family showed similar attention to detail and quality, inventiveness and customer focus as did the great man himself. From a one-man show in 1976, Bryon, his son Brett (head of engineering) and son-in-law Doug Corsan (head of sales) built the company into a globally-recognised success story and industry gold standard.

Significant milestones included the development of the continuous variable discharge (CVD) concentrator for recovery of base and industrial minerals, a merger with an ultrafine grinding equipment manufacturer that resulted in Knelson Milling Solutions, and the formation of Knelson Processing Solutions for full turnkey projects. 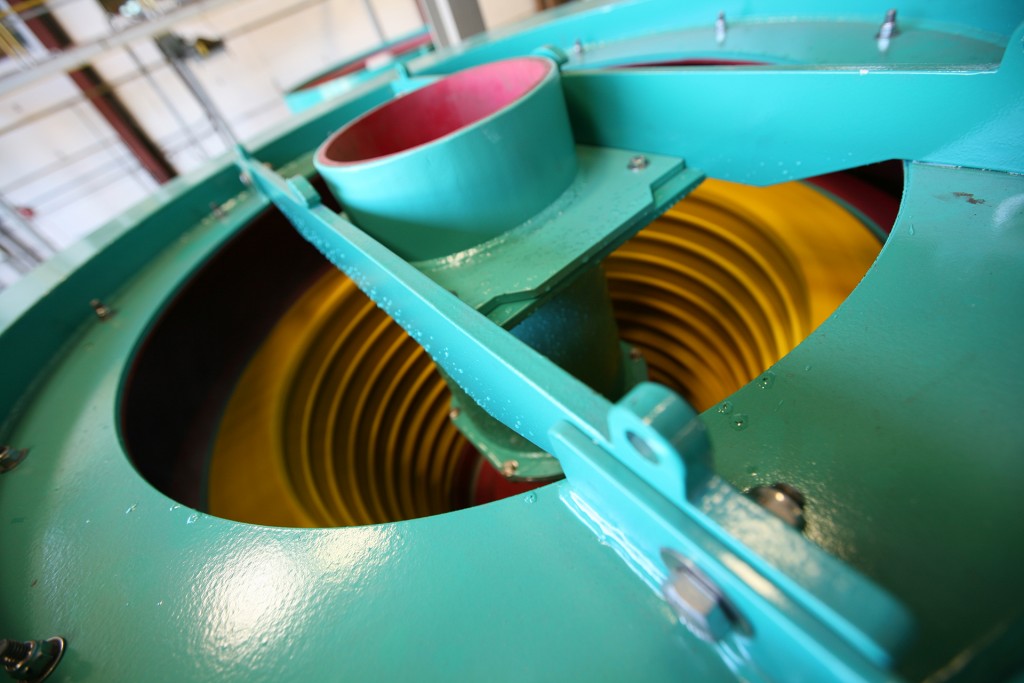 By 2010 the success of Knelson Concentrators had drawn the eye of global minerals giant FLSmidth, and Byron & his team entered into negotiations for acquisition, whilst also ensuring that their employees and agents would not be affected by the acquisition. Unfortunately, Byron never saw these negotiations come to fruition, as he succumbed to cancer a year later on 29 August 2011, just 21 days before the finalisation of the acquisition. However, he did leave behind a lasting legacy that will continue to reshape the industry.

In Byron’s honour, Brett and Doug set up the Byron Knelson Memorial Scholarship. Byron Knelson was a father, brother and friend to many of his Knelson agents around the world and will forever live on in the lives of those he touched, inspired and mentored.

For almost 40 years Knelson Concentrators has lead the world in gravity concentration of minerals and metals. Whilst names have changed, most faces –employees and agents alike – have stayed, and the strengths that made Knelson Concentrators great remain very much intact. With vast and lengthy experience now further supported by the extensive global resources of FLSmidth, the future is bright, and the lead dog forges ahead.

GCA is proud to announce that we recently renewed our agency agreement in order to continue to represent FLSmidth Knelson in Africa for another five years. It has been both an honour and a privilege to work with such outstanding technology and people, and we look forward to doing so for years to come. 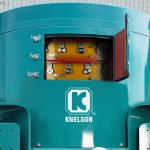 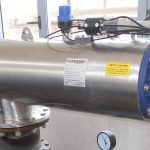