To understand how GCA has been supplying and commissioning high-quality mineral recovery equipment for over twenty years, one needs to look to the past, and start before the beginning.

Knelson Concentrators Africa, now GCA, was founded in late 1997. However, two of the founding members, Kevin Peacocke and Peter Simpson (of Peacocke & Simpson) had already been selling and supporting Knelson Concentrators on African soil for almost a decade, as part of the ‘equipment representation’ division of the business.

An African mineral recovery star in the making

30 years ago, a young Kevin Peacocke was sent to USA and Canada, by a Zimbabwean mining company and the Zimbabwe Chamber of Mines, to attend courses and a conference on heap leaching of gold which was quite new technology for treating low grade ores, not too well known in Zimbabwe at the time. The local company wanted to start a heap leach in Zimbabwe.

Kevin met Byron Knelson at a trade show in Canada, and Bryon, being the master salesman he was, bent Kevin’s ear about his gold recovery machine, which was pretty much still in its infancy back in 1988. Knelson Concentrators was being run out of a couple of timber sheds in Byron’s back garden in Langley, outside Vancouver. Kevin and Byron shook hands on a deal for Peacocke & Simpson (P&S) to represent Knelson Concentrators in Zimbabwe, and parted ways.

Three years later, Byron visited Zimbabwe to check on his new agents, and impart some much-needed sales wisdom. He taught the P&S team how to sell his concentration machine on value not price. In Gwanda, south-west Zimbabwe, Byron and Kevin met with Morris Thompson, MD of Forbes and Thompson which was the largest privately-owned gold mining company in Zimbabwe at the time. The Knelson Concentrators story had spread a little bit by then and Morris was experimenting with a copycat machine he had found somewhere. When he asked Byron why Knelsons were “so expensive” Byron asked him why he drove a Mercedes instead of a Nissan. Byron then said that if Morris installed a real Knelson and it didn’t pay for itself within three months he would buy it back – an offer that Morris couldn’t refuse.

Byron’s absolute and total confidence in his product was a valuable lesson for his greenhorn Zimbabwean agents, and his “buy-back” offer was repeated (and accepted) on several more occasions in Zimbabwe during his numerous future visits.

Aided by Byron’s encouragement, enthusiasm and selling skills – backed up by a world-leading product – by 1995 Peacocke & Simpson was one of Knelson Concentrator’s top selling agents worldwide. The company was doing far more testwork than anyone else in the world and had developed a simple test method that allowed the mineral testwork specialists to very confidently predict what a Knelson Concentrator would do in an operating gold plant.

The first Knelson agents conference-come-fishing competition was held in August ‘95 on the MV Edgewater Fortune, a converted WW2 minesweeper, in the Vancouver channel. This was when Simpson and Peacocke met Doug Corsan and Brett Knelson, and actually signed a formal agency agreement, seven years after the original handshake. Byron touted his African prodigies, and insisted they give presentations on their test methods to assist his other agents from all corners of the world.

Shortly after this Knelson Concentrators started developing the CVD technology, and one of their first prototypes was trialled (unsuccessfully) at one of Forbes and Thompson’s mines. In ‘97 Knelson thought they had cracked the CVD technology (although it was still a long way from perfection) and had two large machines installed on a mine in Nevada. Knelson held an “agents summit” with their three best agents – hailing from Zimbabwe, Australia and the United Kingdom – to look at the machines and brainstorm the technology. Pete Simpson attended on behalf of Peacocke & Simpson, but his primary mandate was to convince Byron and the Knelson Concentrators team to agree to a South African-based Knelson Concentrators agency. Long discussions were held and many commitments made, and in late 1997 Knelson Concentrators Africa was established in Johannesburg, South Africa.

In 2000, the territory covered by Knelson Concentrators Africa was expanded from South Africa and Zimbabwe to the entire continent, with a joint venture in West Africa with Multitech Services of Ghana.

Between then and now, GCA (or KCA, prior to 2008) has installed and commissioned, or has been involved in the installation process of, 153 Knelson Concentrators (or FLSmidth Knelson Concentrators, post-2008) in 16 countries throughout Africa, excluding Zimbabwe where Peacocke & Simpson remain as sole agents. Recently, and in the months to come, the GCA team has spent and will continue to spend a large amount of time in West Africa, installing an abundance of gold recovery equipment – a result of increased mining investment in the area.

From strength to strength

Knelson Concentrators Africa differed from Peacocke & Simpson in that its primary purpose was to conduct testing, sales, commissioning and after-sales service for Knelson Concentrators. Whereas P&S was, and is, a mineral testwork specialist company that also represents a number of mineral equipment ranges.

While Knelson Concentrators was GCA’s chief concern, the organisation did adopt a slightly similar approach to P&S – electing to represent other mineral and industrial, complementary or non-competing technologies. The only criteria? The equipment GCA represents and supports has to be the best in its class.

In the early years, Consep Acacia Reactors – leaching technology from Australia (and conveniently a Knelson Concentrators agent) – and shaking tables were a natural fit for a mining technology company. Later, modular processing equipment from APT (another Peacocke & Simpson incubator) offered products to suit the needs and budgets of alluvial and small-scale mining companies.

More recently, GCA secured the industrial agency agreement, for Africa, for Filtaworx® – a range of fully-automated, stainless steel, self-cleaning filters from Australia. The high-quality filters not only complement GCA’s existing range of mining technologies, but allow GCA to enter into new markets and industries.

FLSmidth Knelson Concentrators continue to dominate the gravity concentration industry, with respect to both market share and technological advancement, and GCA proudly continues to represent the mineral recovery technology. This in its own right is reason to rejoice. Add to this the world-leading equipment GCA has proudly added to its repertoire, and the future – although uncertain – is undoubtedly exciting.

For more information about GCA’s history, products and services, please contact us. 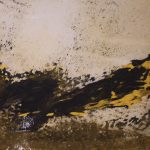 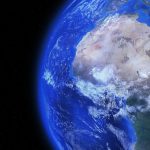 West Africa: A ‘gold mine’ for the mining industryNews